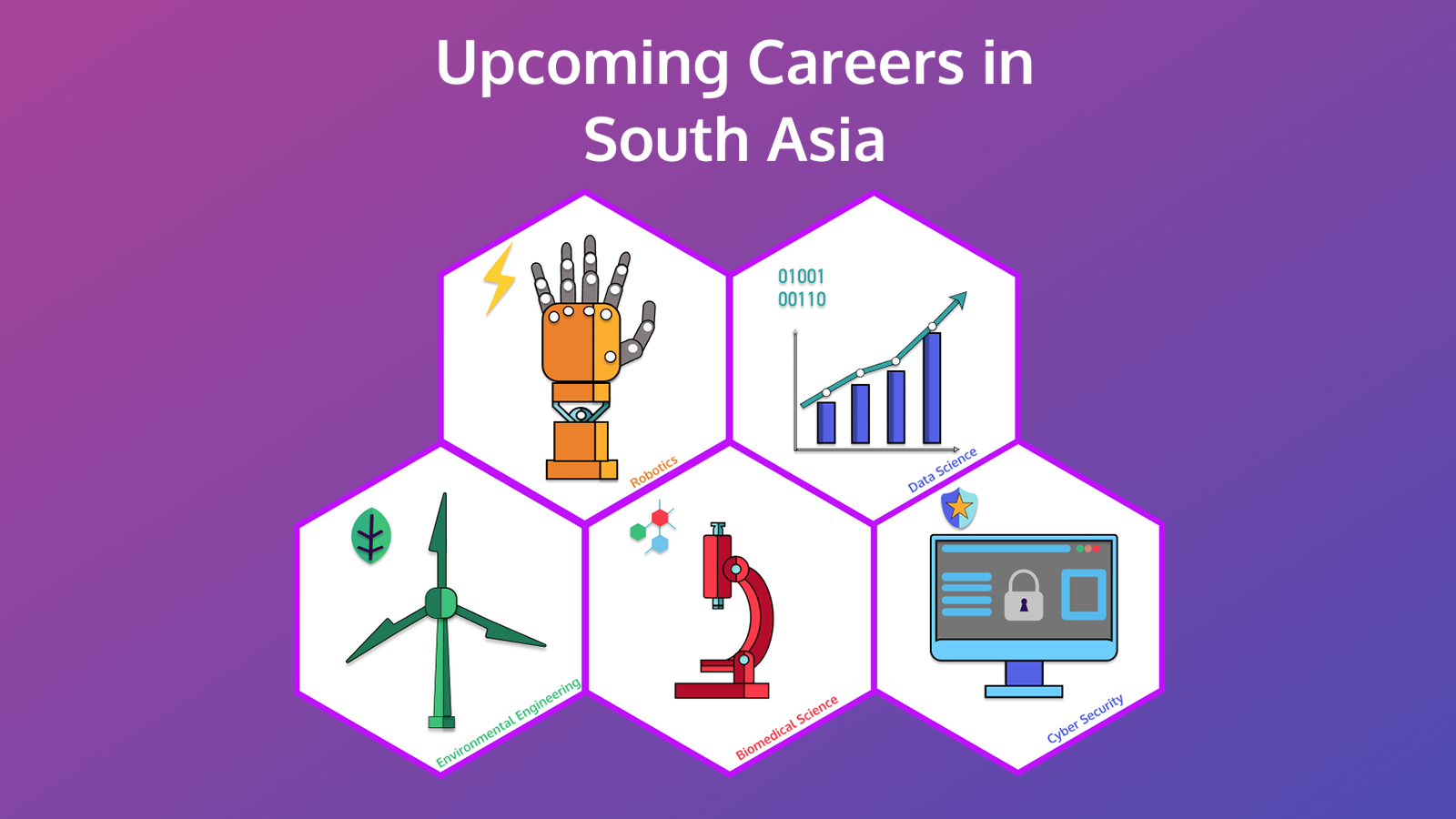 Would you like to know the careers that are forecasted to have high job security in the future? Wouldn’t it be great to have a job that is virtually always in demand? We are here to help you get that answer.

The general shift in the market of jobs has been caused by large scale automation of work. In the past, manufacturing jobs were eaten up by machines which were more efficient in every way possible. They produced more, took less time and were less costly. This led to a push towards careers that required skills rather than brute force. Subsequently, creativity and problemsolving have become skills that cannot be taken away by artificial intelligence and automation
Even today many jobs are at high risk; avoid them as much as you can. You can check out which jobs are at risk of automation in the future on BBC’s website > here .
Now here comes the next tectonic shift in jobs in the form of artificial intelligence, software development and data science. This comes after the combined exponential increase in popularity of smartphones and the availability of internet on the go. This is known as the fourth industrial revolution. When millions of people are using their phones, companies like Google, Facebook and Twitter have the ability to get real-time information and data about their users. This data can be used in a number of ways. It can be used for targeted digital marketing, tailor-made content for online websites and forecasting growth of companies.
Other than the data explosion, the rapidly growing population and global warming are opening new fields in environmental sciences in South Asia. We need an efficient way to live, all while tackling climate change.
These shifts are already happening in developed countries of Europe and the USA. But for the developing countries of South Asia, the potential remained untapped. We are still years behind the market leaders in data and its associated fields. That is why choosing a field in the following jobs can help you secure a career that is in high demand not only now, but will remain so for many years to come.
Here are the upcoming careers in South Asia:
Data Science
A relatively emerging field that is high in demand; data science is a combination of mathematics and computer science. This field is critical for many businesses as it plays a central position in gathering the data and transforming it into tangible information that can be utilized in a number of ways. The government may use data to find patterns in the economy, a marketing firm may use it for effective marketing and online stores may use it to find their best selling products. Data Scientists help predict patterns that firms can utilize to maximize their economic gains.
Robotics
As software development and computer science become widespread, more interdisciplinary fields emerge. Robotics is basically a mix of computer science and electrical engineering. It encompasses various other fields as well including artificial intelligence, nanotechnology and automation. This field will gobble up most of the repetitive work we see in various fields today. A prime example of this would be the autonomous vehicles that could drive from one place to another without the need for drivers.
Biomedical Sciences
Biomedical sciences is a unique combination of biology and applied sciences including genetic engineering and microbiology. This field is based on research. It looks into changing genes of plants to increase their yield and resistance to diseases as one example. Biomedical scientists make new medicine for battling nation-wide spread diseases, especially for countries with huge populations such as Pakistan. Its importance leads to no prospect of this field going bust in the future.
Environmental Engineering
This career develops solutions with the goal of providing clean air, water and land for humans. It becomes more emphasized as the world heats up due to global warming. The world needs solutions and ideas for the wide-scale application of environmentallyfriendly sources of energy to reduce global warming. Renewable energy is the only source of energy that is sustainable. Not only this, as environmental engineering keeps rising in demand, fields like petroleum engineering begin to become obsolete as no one will need fossil fuels for electricity in the future. Robots and data are now supplementing the battle for a greener Earth which again, shows us how important these fields are becoming.
Cyber Security
A field that has grown in importance as the internet becomes more widely available, cybersecurity remains tightly wound with data. You need data to gather information but you need to protect it as well. Cybersecurity mainly involves software development and data management. An example of a job in this field would be an Ethical Hacker; a person who hacks into a company’s data system with a goal to see how easy it is to hack steal its data which in turn allows companies to improve their cybersecurity.
The above careers may seem odd and never heard of before but believe us, everyone is confused about their careers. To avoid a bad decision, you should gather data — pun intended — and gather as much as you can. Avail free of cost career couselling by creating an account on our website, talk to your teachers, network with people, try some courses in your summer vacations and look for relatives who have the relevant experience in the field of your choice. Don’t worry and keep searching you will find what you are striving to uncover.